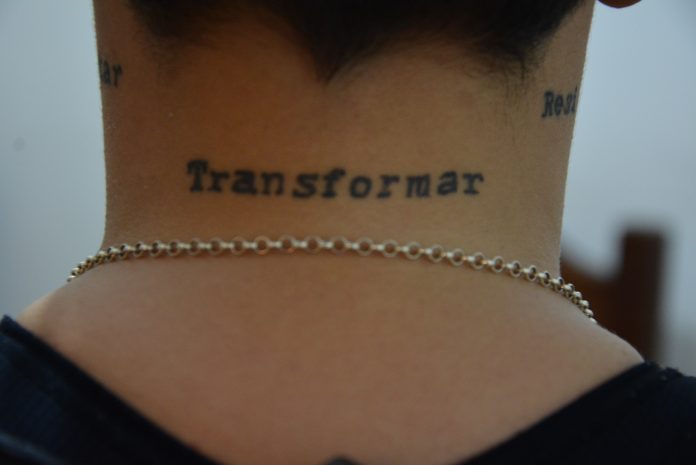 TRANS BRASIL (scroll down for the English version of this text)

More info on violence against LGBT people on Brazil:

“Discrimination and Violence against Individuals Based on their Sexual Orientation and Gender Identity,”

from Brazilian Ministry of Justice ( in Portuguese)

Last October we visited my husband’s homeland and decided to interview some people there. Three years had passed since our last visit and in those three years a lot had changed. After many years of economic growth, the country is now in recession. Its economy has been shrinking for a few years on a row, causing a lot of social unrest which eventually led to the impeachment of President Dilma Rousseff last year, seen by the country’s political left as a coup d’État. The official reason for the impeachment was the President’s “creative accounting”, resulting in better budgetary results. The same accounting tricks had been used be her predecessors and legislation was changed just after the impeachment which made those same practices legal. Rousseff’s opponents, most of themselves under investigations of corruption, are mostly old, right-wing conservatives and many of them have ties to Evangelical Churches. The 77-years-old right-wing Michel Temer is now the country’s President.

Why all this introduction? We were curious about the situation of the LGBT+ community, especially transgenders, after this power switch. Had the growing influence of the Evangelical Churches and ultraconservative politicians already become visible in daily life?

My interest for trans people comes from our good ties with COC’s organization TransUnited, a group of motivated people who work hard for the visibility and emancipation of bi-cultural transgenders. TransUnited has just released a report outlining the problems that this community faces in The Netherlands. And those can’t be overlooked.

Ana Paula Lima, one of the initiators of the first boat for bi-cultural transgenders during Canal Pride Parade last year is herself Brazilian. She had warned us repeatedly about the appalling position of transgenders in Brazilian society, which had eventually led her to leave the country for a new life in Italy. Years later, during a visit back to Brazil she met her Prince on the White Horse: Farish, a Dutchman with Surinamese roots, and eventually relocated to Holland to join him. Here she became a dedicated fighter for the emancipation of trans people.  The report recently released by TrandUnited shows that her efforts are much needed. Its main conclusions were:

there is a clear disadvantage position for transgenders in the work marketplace, for different reasons;

the reporting of hate crimes against transgenders must be improved, since most of it is simply registered as anti-gay violence;

the medical support by transitions is often criticized.

On the other side, The Netherlands have seen a lot of progress in terms of visibility and emancipation. TV programs and other civil organizations now tell the journey of transgender people to a much wider audience than ever before. Click here  to read the whole report (in Dutch).

Now back to Brazil, where the situation for transgenders is much harder. The usual image of Brazil abroad, that of a sensual, diverse and tolerant country, host of the world’s largest Carnival and Pride parade, is in hard contrast with the UN’s statistics on violence against the LGBT population in the country. In fact, Brazilian society is extremely violent with high levels of domestic violence, partially due to widespread historic machismo and the recent growing influence of evangelical neopentecostal churches. Brazil holds the shameful number 1 position in the ranking of countries where the most LGBT people are killed. According to some organizations, a LGBT person is killed every 26 hours in Brazil and this statistics may well be only the tip of the iceberg, since most crimes are not reported and not all are reported as hate crimes.  Another problem is that the police who should report and investigate the crimes are also often the perpetrators. Too often these crimes are logged as domestic violence or robbery, without any notice of the victim’s sexual identity.  (Links to these alarming statistics are below on this article. )

Yet, around the whole world there are heroes to be found. People who swim against the tide to fight for a better position in society, for themselves and others. In Brazil we soon found two of these heroes with the help of our local friends.  Two encouraging examples of people who against all odds managed to build a life for themselves and live it with confidence and pride. We first present you Cin Flchi, Philosophy teacher and Phd student, who independently organizes informative lectures on LGBT issues on schools at the conservative provincial town Marilia, where he lives.  Cin’s motto is : Being alive is a powerful form of activism in this country. His courageous personality impressed us and we hope you enjoy the interview we did with him as much as we did. A little warning: some images of violence against travestis may be too hard for some viewers.

Our next interview is with theater actress Leona Jhovs.

More info on violence against LGBT people on Brazil:

“Discrimination and Violence against Individuals Based on their Sexual Orientation and Gender Identity,”

from Brazilian Ministry of Justice ( in Portuguese)